We've been getting Japanese beetles real bad here in Mid-Missouri for the last few years. They love our li'l plum tree (to death). I bought some big-bug netting to make a cover for it and have been making improvements on the design each year. Third year's the charm: finally made a 3D cover. I was hoping to make a rough cylinder shape but the netting is barely too small at 8-feet wide. [It probably would've been fine, but I wanted to make it big enough to get under and for growth.] So, I made a three-piece box ... which meant a ton of edge binding. The frame is made of 20-foot aluminum tent poles. 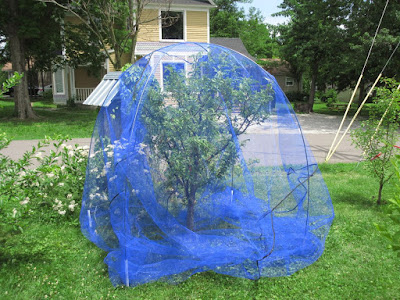 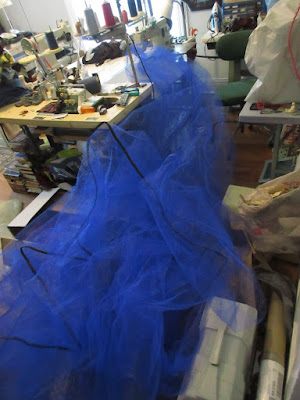 Like, 50-feet of binding ... getting rid of all that Sunbrella binding that I never use and old bobbin thread. 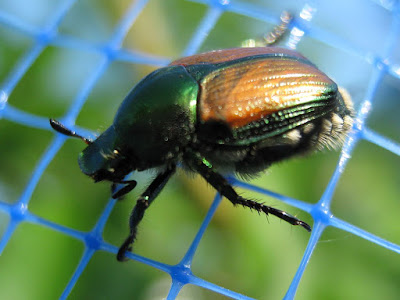 Bye, beetles! You can eat everything else, I guess.
Posted by cory at 3:23 PM