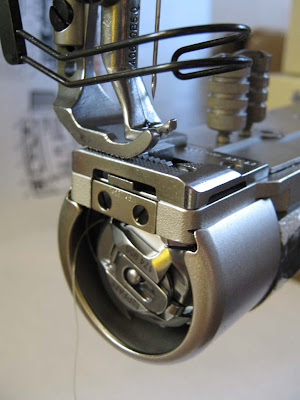 Here's a standard 19-incher I just made for my friend.
The T/F patch is from the True/False Film Fest, one of the best documentary film festivals in the US. It's coming up this March. Read about it here. 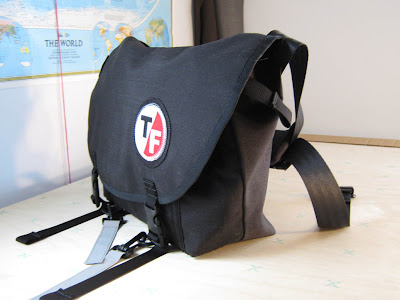 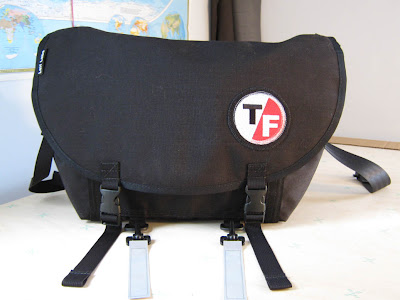 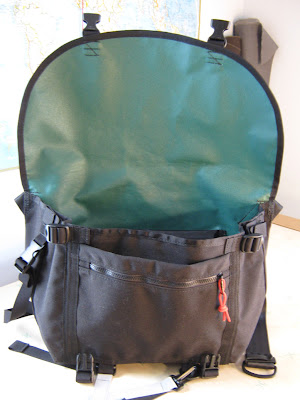 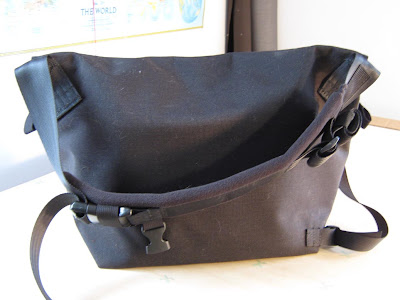 Here's the first bag I've made since October. I thought I'd forgotten how to make bags. 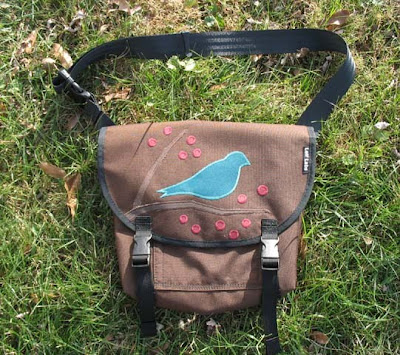 Very Etsian, this.
This is a new 15-inch simple-musette pattern I'm trying out...if you can tell. 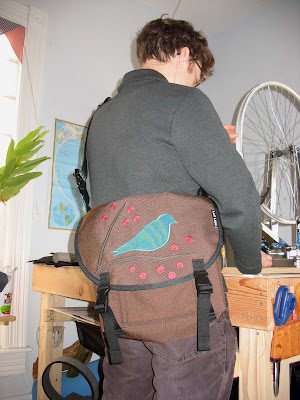 My model, trying to true his wheel and work for me. 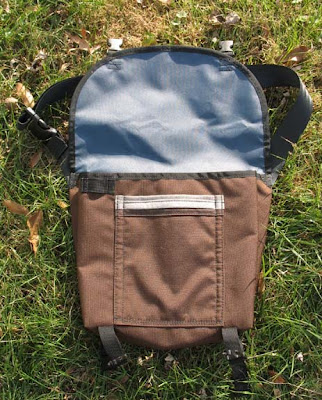 Pretty cute.
Posted by cory at 9:32 PM No comments:

I am well aware that one of the rules of the universe is that every project takes twice as long as you think...but sometimes you forget about that rule, or you just want to believe it doesn't exist.
This project was a cruel reminder.
But it's over (for the most part) so now I can revel in photo-sharing. So here's what I just made: a new roof for an old (very old) shed: 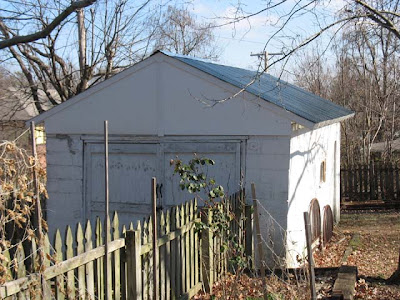 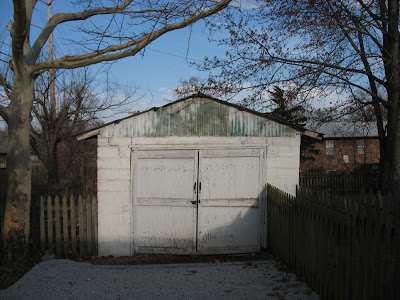 I more or less dropped the ball on capturing all the construction steps, but you can probably guess 'em. First of all, that's what the old roof looked like (above).
It was shingled with 30-year-old fiberglass panels: 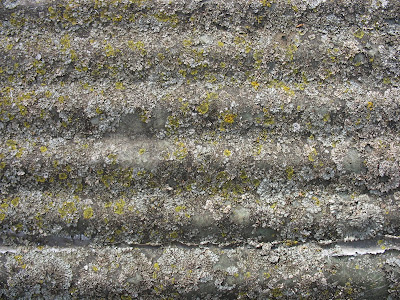 Mmm, lichen. Taking this off was a nightmare in itchiness.

I had to do a lot of concrete work on this thing before we could start building. When they built the shed they did a crap job around the windows and doors so the walls have buckled out. We poured about 25 bags of concrete in the walls to shore 'em up (I hope that works). Before we could do that I had chisel out the old concrete on top. Of course, there was usually only about two to three inches of concrete and some filler (but it still took forever): 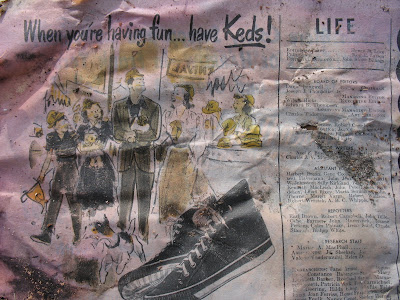 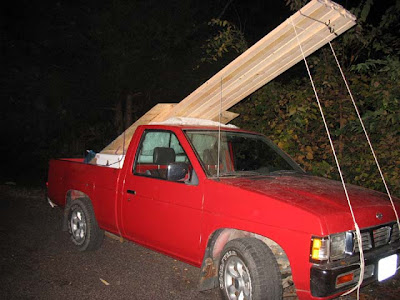 Testing the limits of what you can carry in a toy pickup. 14-foot 2x4s for the trusses. 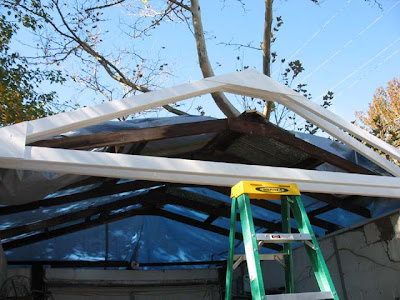 Yep. Built 25 trusses (Jenny painted them, though). I increased the pitch a bit for better snow-sloughing performance. I have a feeling that this winter's gonna be a real mother. 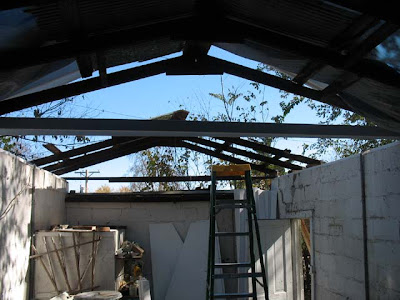 Whole lotta ladderwork for this project. I think like 90 percent of my time was up on a ladder during this project. Not fun. But you get good at climbing ladders... 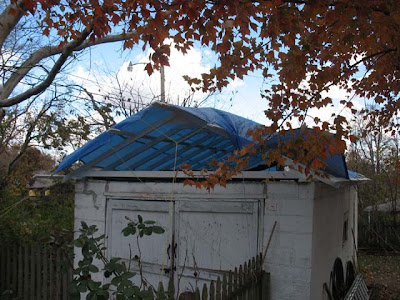 Here comes the wind! This tarp's like 30 feet by 16. We had some close calls with storms coming in while it was untied. Yikes. 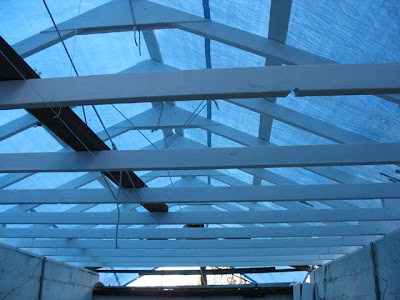 I put all these up and spaced them by myself. That was dumb. 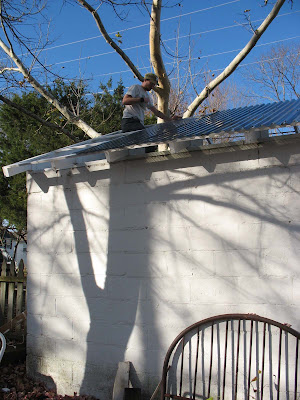 Putting some of the last polycarbonate roof panels up. That felt good. I consider it a miracle that the roof is square and the edges of the panels sit where they do in the front. 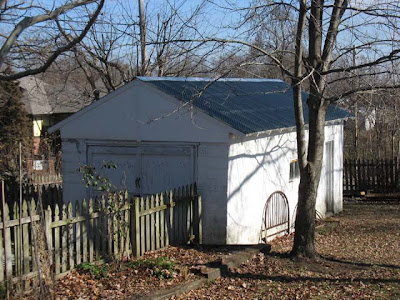 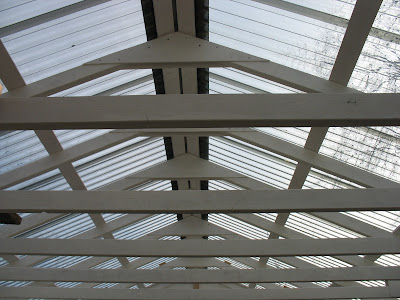 The panels are a little clearer than we thought they'd be... 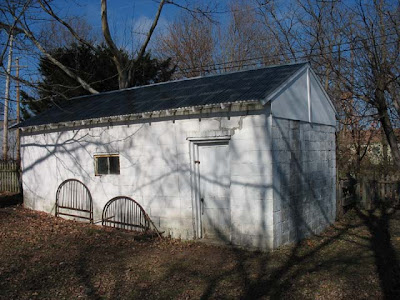 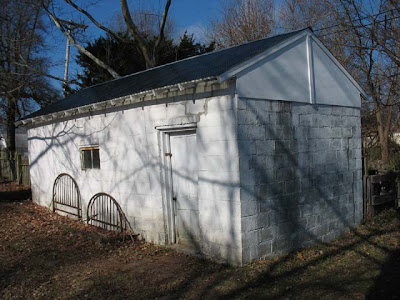 There's still quite a bit of finishing work and painting to be done, but that can wait till springtime. It's time to get back on the bag train. 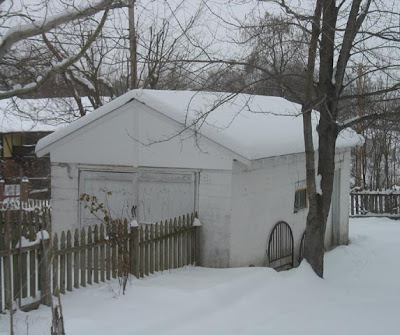 We've had a couple big snows this winter and no cave ins! 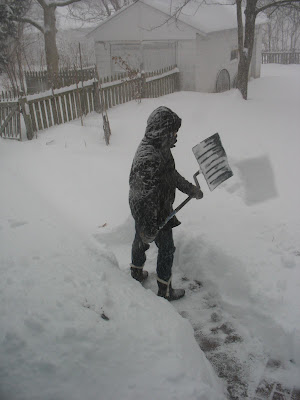