How to use a ladderloc buckle

Here's a little bit about ladderloc buckles...aka tensionlock buckles. Both those are proprietary names...I wonder what the generic would be... How about cinchable tension-locking buckle. Anyway, I've been seeing people misuse these so I thought I'd write a little post. 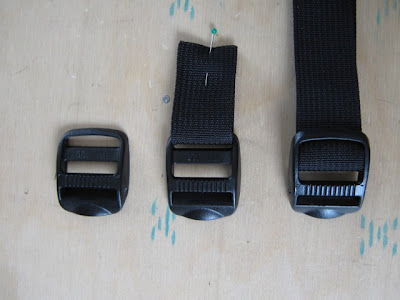 This guide is really only for the three-bar ladderloc. I see people threading their webbing through the bar on the end, and that's wrong. I think that bar's there to keep the buckle from flipping back and releasing the webbing tension. I mean, it works like this---you're just not using your buckle optimally. The end bar isn't as strong as the middle bar so you could potentially have a buckle failure...especially when it gets older and is in sub-freezing temperatures. It's kinda like not closing the quick-release lever on your bike and instead just screwing the skewer tight. It'll keep your wheel on most of the time but there might be a time when it just comes off.
And I'm not saying I didn't make this same mistake when I first started. But I wasn't selling bags for $200 back then either. 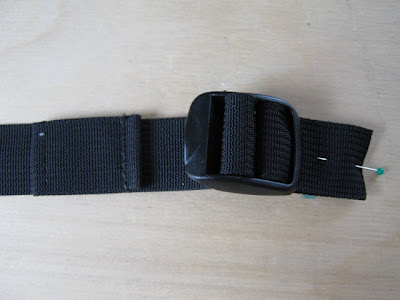 Here's what it looks like all set up and ready to go. 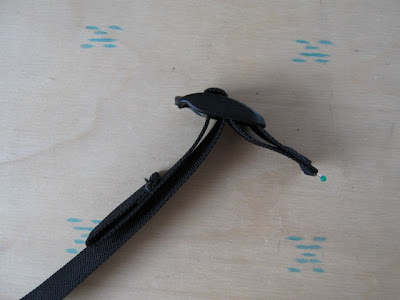 And from the side. 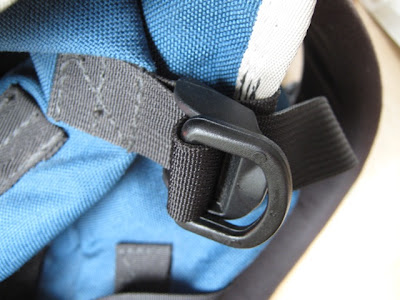 And here's what a two-bar ladderloc looks like. What you might call a low-profile version (with quick-release d-ring added).