Just made a whole messa wallets/coin pouches. If you want one, send me an email or take a trip to Maude V or The Butterfly Tattoo, downtown Columbia. 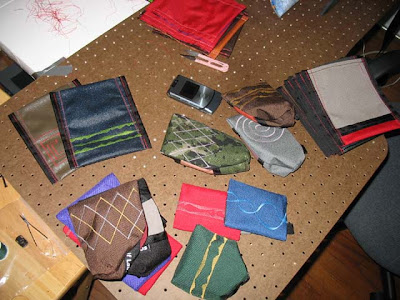 Sorry about the solitary so-so photo. I had to catch a World Cup game and then drop these off.
As you can sorta see, I've been doing some embroidering with my 20U. Got some neat designs, I think.

Also, here's another shot of my new card wallet: 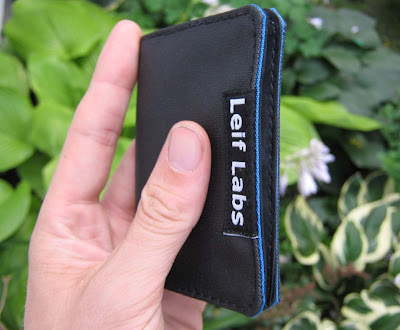 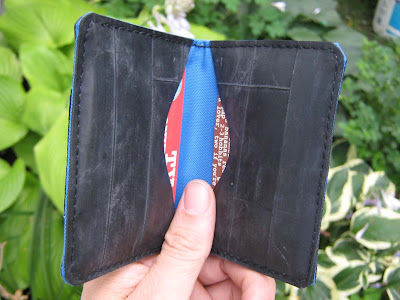 Whew! I finally finished making my friend's farmers market banner.
It's about 22 inches by 9.5 feet and made of nylon flag cloth, which is uncoated and radiation-proof. 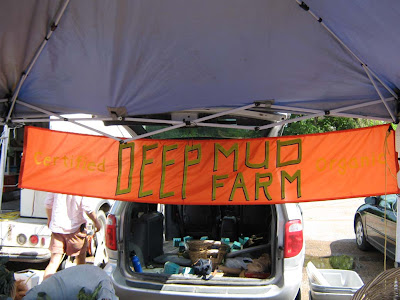 He'll eventually have it in front of his stall so people can tell where he's at. The Columbia Farmers Market is kinda screwy in that you can get a different spot each week. 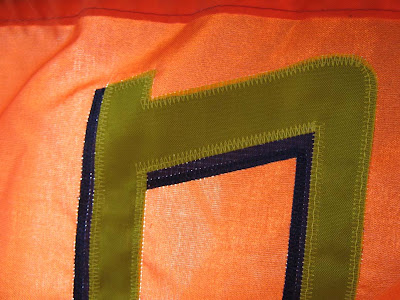 All applique, all the time. This is the first project on my Singer 20u and it worked great. 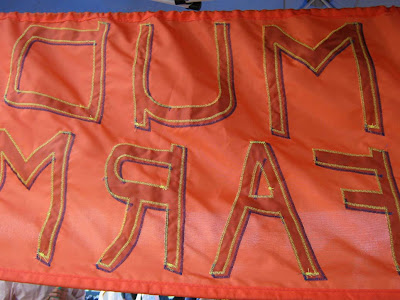 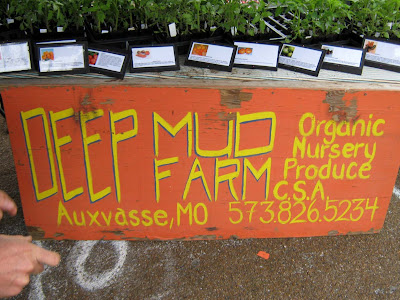 Here's his original sign. I traced this and then standardized all widths and angles. Then made patterns for all the letters, and then cut 'em out and pinned them in place. Whole lotta work. I think there must be faster ways of making banners. I've seen pictures of people sewing first and then cutting out the letters. I didn't want to risk cutting the banner, though...

Here it is laid out sans thread. 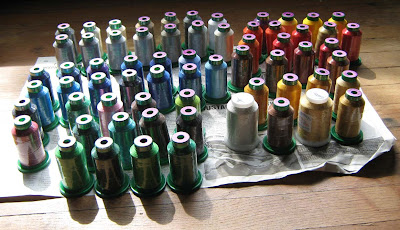 I bought a 65-piece set of Isacord polyester embroidery thread (by Amann) before I started the banner, assuming that there'd be a plain yellow in the lot, but no: apparently no one wants plain yellow. Just creamy golden yellows. Luckily there're people on eBay who have just about any color you'd want--and the shipping's cheaper. So now I have like nine different yellows. Yep.

Seems like I spent about a week researching thread before I bought this. I knew I wanted polyester thread (for strength), but there're a bunch of different brands out there, so it took me a while to sort 'em out. Isacord seemed like the best so I went with it. A&E and Coats make pretty good embroidery thread, too.

If you're looking for the stuff, I thought these two places had pretty good kit deals:
www.embsupplies.com & www.threadetc.com
And if you just need a 1000m tiny cone, eBay's the place to go. 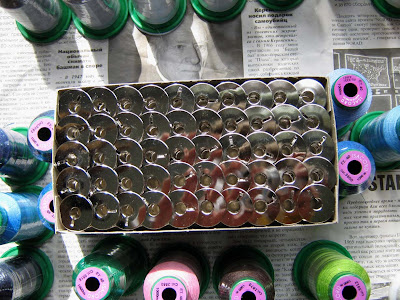 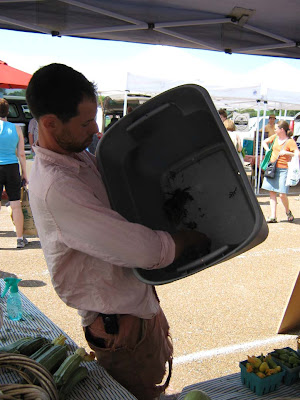 I've been working on a card wallet with my friend Diego, and it's starting to look pretty sweet. 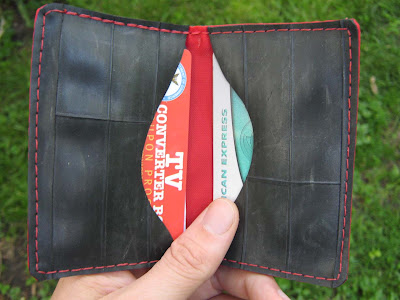 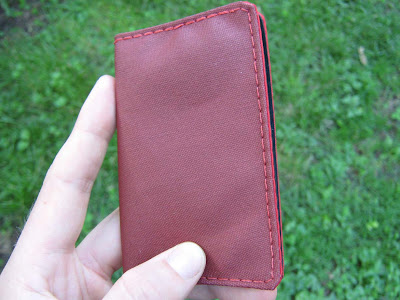 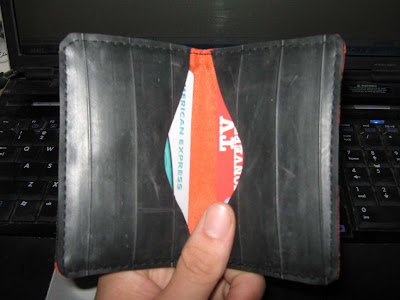 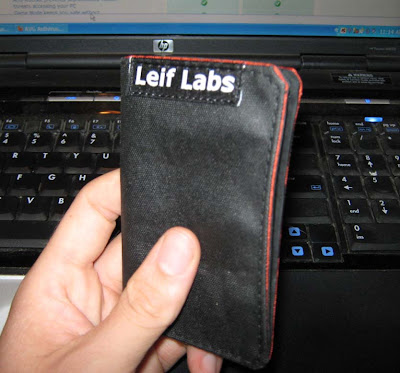 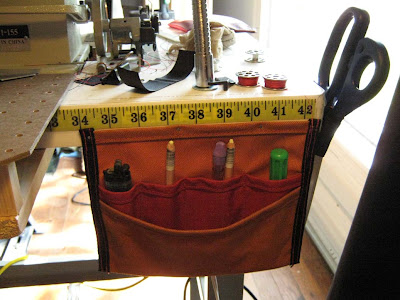 This should've been the first thing I ever sewed. Ha. 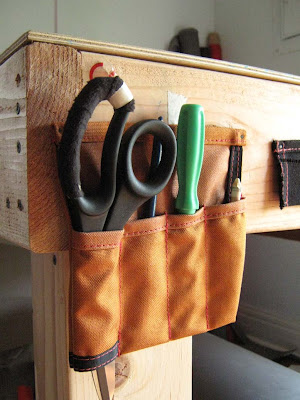 And one for my cutting table. 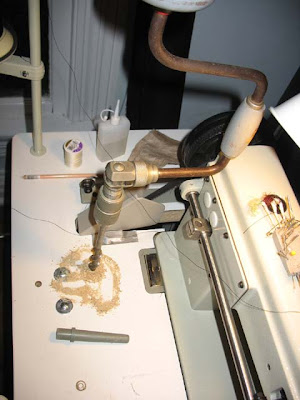 Another thing I should've done a long time ago...
I found a hand auger at my girlfriend's...so I made a hole for my machine rest peg (or whatever that thing is called). I think it was a 5/8" bit. In any case, it fit perfectly. I used a spade bit the same size for my 20u table and it was a little big. I had to shim it with cardboard. Nuts.
Posted by cory at 7:00 PM 1 comment:

Leif Labs on the Katy Trail 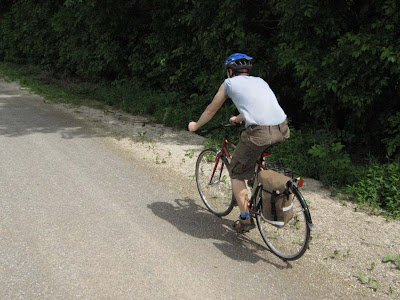 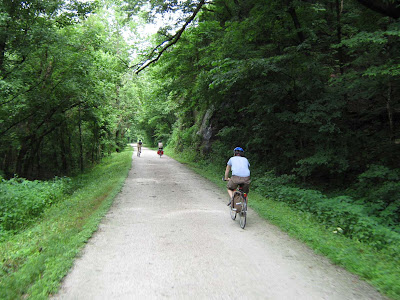 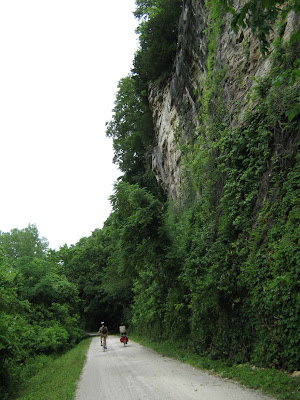