[One]
[Two]
[Three]
Making some progress...it now looks like a pack. I just have to finish the shoulder straps and make some small accessory pouches & stuff and it's done. 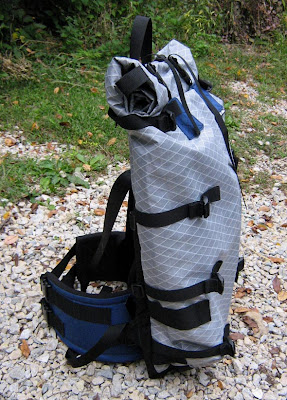 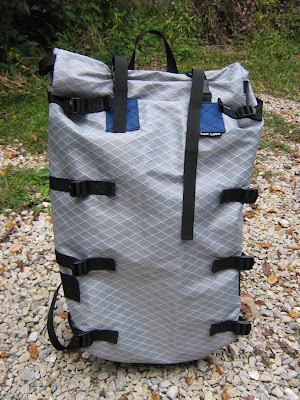 This doesn't have anything in it. The fabric's airtight and stiff enough to hold this shape. Ha. 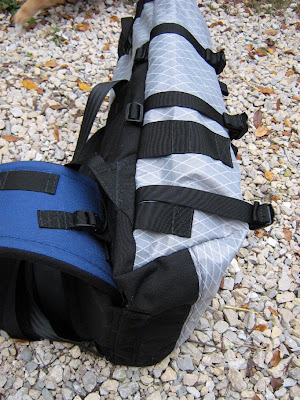 Half Cordura chisel bottom. If I were going on a more rugged trip I'd add some more Cordura to the bottom. But since this is a prototype, and for simplicity's sake, it looks like this. I probably should've put a layer of X-Pac on the inside to waterproof it...but I didn't. 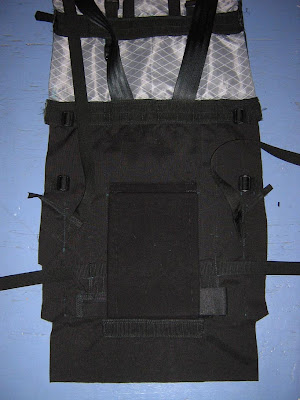 Sewin' the lumbar pad on. 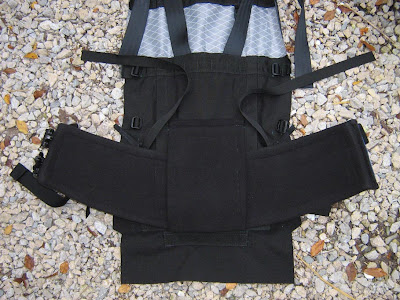 Lumbar pad + belt. I think next time maybe I won't have padding in the belt under the pad...so the pad and belt are more flush...thus increasing flesh/bag contact. We'll see how this design works out. 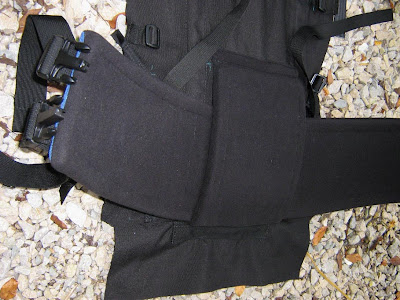 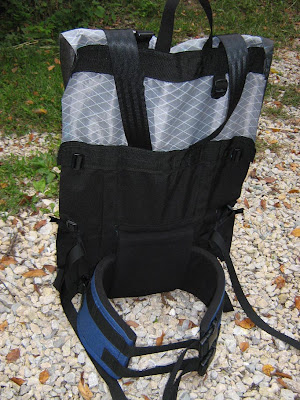 I think I set the shoulder straps a little lower than I should have. I didn't quite have the belt attachment worked out when I sewed the straps on, so I didn't realize the pack would sit so low... Not a hard thing to fix if it's a problem. The stays still go above my shoulders so I don't think this'll be an issue. 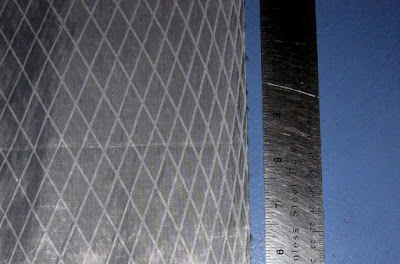 This fabric's been a blast to work with...it's so interesting. X-Pac nylon sailcloth laminate from Dimension-Polyant. Timbuk2 has been using it for a couple of years. Rickshaw picked it up a year or so ago...and some other companies have started to use it too. Sweet-looking stuff. We'll see how it holds up.
Posted by cory at 6:46 PM